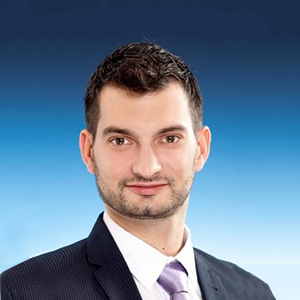 Hong Kong is situated at the south-eastern tip of China, covering a total area of less than 1,100 square kilometres which is made up of Hong Kong Island, Kowloon and the New Territories, as well as 235 outlying islands.

Hong Kong is Zetland’s home and business base.

After the First Opium War in 1841, Hong Kong was established as a British colony. Under the terms of the Joint Declaration in 1984 between Britain and China, Hong Kong reverted back to Chinese sovereignty on 1 July 1997.

Hong Kong became a Special Administrative Region of China, a concept based on ‘one country, two systems’ allowing Hong Kong to retain its political, social, commercial and legal system; and manage its own economic and financial affairs.

The legal system in Hong Kong is based on English common law with an increasing body of statutory law passed by local legislature. The legal system is effective and the courts are efficient. Hong Kong is well populated with law firms including a large number of firms from the United Kingdom, Australia, Canada and the USA. The official language in any proceedings can be either English or Cantonese.

The Hong Kong government has adopted a ‘Positive Non-Intervention’ policy and in general makes no distinction between local and foreign companies. Since October 1983, the Hong Kong Dollar has been pegged to the US Dollar at the rate of HK$7.8 to US$1 and there are no controls over foreign exchange or the remittance of funds.

Hong Kong acts as a regional business centre in Asia with well-established commercial links to most Asian countries. Hong Kong is in a special position with China in relation to business which has been enhanced through the Closer Economic Partnership Arrangement (CEPA), granting Hong Kong companies tariff-free access to the Chinese market for certain goods and concessions for service companies. Since CEPA in 2004, China and Hong Kong signed a further six agreements bringing further co-operation measures and services liberalisation which has provided a solid foundation of economic integration between Hong Kong and China.

Hong Kong has always been a major trading centre. During the post-war period, the local economy developed rapidly in the field of manufacturing, largely in textiles and consumer good products such as toys. With the rapid development of the Chinese economy in the late 1970s, manufacturing has since, increasingly moved out of Hong Kong and into China though some high value manufacturing remains.

Hong Kong’s economy is heavily dependent on tourism and services; it is also popular as a regional headquarters for many multinational companies.

The real estate sector thrives within the territory and increasingly overseas in countries such as China, Malaysia and Vietnam. Hong Kong has independent membership to several international bodies such as the World Trade Organisation and for most international purposes is and will continue to be treated as a separate entity from China.

Hong Kong is a major international financial centre with a large representation of banks, insurance companies, merchant banks, fund managers, venture capital companies and other financial intermediaries. The local stock market is highly liquid and is actively traded. Hong Kong is the major centre in Asia for fund management and has substantial currency, gold and securities trading activities as well as being a focus for the provision of equity and loan based capital.

While there are no restrictions on investments in any part of the economy, there is close supervision in some areas, primarily in the financial sector. The banking sector’s external assets are among the largest in the world. Hong Kong’s stock market is also one of the world’s largest in terms of market capitalisation. In 2003, Hong Kong was designated by the government of the People’s Republic of China as an Renminbi (Chinese currency) clearing centre allowing local banks to establish Renminbi accounts.

Taxation in Hong Kong is based on a Territorial Source Principle rather than on residency, management or control. This means that Hong Kong companies will only pay tax on profits sourced in Hong Kong at the current rate of 8.25% on assessable profits up to HKD$2 million and 16.5% on any part of assessable profits over HKD$2m. There are no withholding taxes on dividends or interest and no taxes on capital gains.

Hong Kong is an interesting and exciting place to visit with a plethora of luxurious hotels and restaurants, excellent shopping and entertainment. Hong Kong is a convenient base for travelling to mainland China or neighbouring countries. The climate in Hong Kong is seasonal, with a hot-wet summer and cool-dry autumn and winter. The typhoon season lasts from July to September, although strong typhoons are relatively rare.

The best months for visiting are between October and February, with October generally being the peak month for business travellers in the territory. Additionally, there are a number of sporting, cultural, educational and exhibition events throughout the year which attract large numbers of visitors to Hong Kong.

Zetland’s office is situated in Central, the business district on Hong Kong Island.

Zetland can arrange hotel accommodation and transportation for visiting clients.